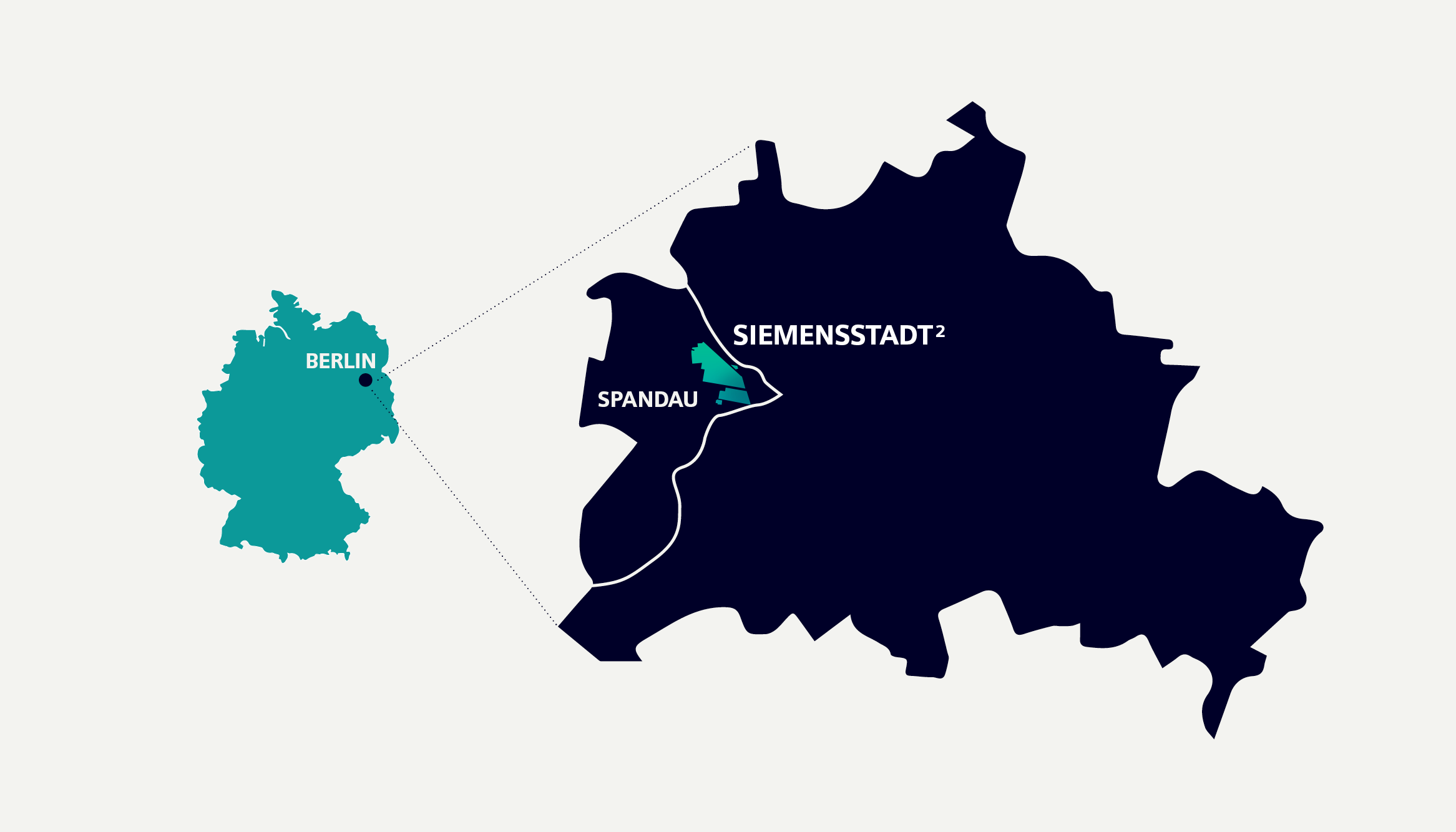 How do you want to live in the future?

Discover & shape visions for the future

Get to know our faces of Siemensstadt

How do you want to live in the future?

Discover & shape visions for the future

In cooperation with the city of Berlin and the district of Spandau, Siemens is developing Siemensstadt Square, an open urban district of the future that combines work, research and life. By 2035 we will see a modern urban living and working environment develop over an area of over 70 hectares. A place where the technologies of tomorrow will be both developed and produced.
From as early as 1897 the coexistence of working and living was a central feature for Siemensstadt. Siemens constructed apartments for it's employees inspired by groundbreaking social and architectural concepts. The district continued to develop over the following decades, now becoming Siemens' largest production site in the world.

Siemensstadt Square carries a contemporary interpretation of this tradition into the future through the creation of places for personal encounters and exchanges.
#SiemensstadtSquare represents a meeting place where people can come together to spend time, live and work. Simultaneously, the name refers to the newly emerging central square and the true heart of the new Siemensstadt.

The basis for the design of the site began in January 2020 with the creation of an urban planning design. By the end of 2020 the building competition set into motion the planning for the area. This plan presented ideas for the future entrance to Berlin's new city district, whilst simultaneously defining specifications for the design, the uses and the ambitious sustainability goals of the entire site. The result now serves as a template for further development.

Learn more about the development

Our project area Siemensstadt Square is located in the Berlin district of Spandau, northwest of Berlin's city center. Siemensstadt is an official district of Spandau and one of the oldest and most famous industrial sites in Germany. The new concept covers around 73 hectares within this district, equivalent to about 100 soccer fields. The road Nonnendammallee provides a large artery for traffic through the area. The current buildings in the area focus almost exclusively on administration and industrial production.

This will change with Siemensstadt Square: The trailblazing 'district within a district' will be both sustainable and energy-efficient. Instead of long streets with cross-streets, open spaces of various sizes will be created. The goal is to open the neighborhood whilst maintaining the tradition and history of the area, and to maintain the philosophy established when Siemensstadt was founded over 100 years ago: To unite life and culture with a local on-site working environment.

Rebirth and transformation of a city district

Even during the initial conceptual planning of Siemensstadt in 1897, the Siemens visionaries planned the co-location of modern, factory-owned apartments and the working environment. Cultural and social institutions such as churches, schools, recreational facilities and parks have always been part of this integrative approach. This tradition is more than 100 years old and it is our goal to both embrace and enhance it.

That’s why we’re rethinking Siemensstadt. We envision this area of Berlin as a space for living and working and a hub for innovation, in Germany and throughout the world. We want to build on our status as a cutting-edge pioneers in automation and industrial digitalization.

To achieve this we are creating a smart campus with a contemporary urban concept. It will incorporate ultramodern and sustainable technologies, selected core technologies and exciting startups within one new city district.

More about the history of Siemensstadt (only German)

Siemensstadt Square - Get interactive information about Berlin's place of the future (only German).